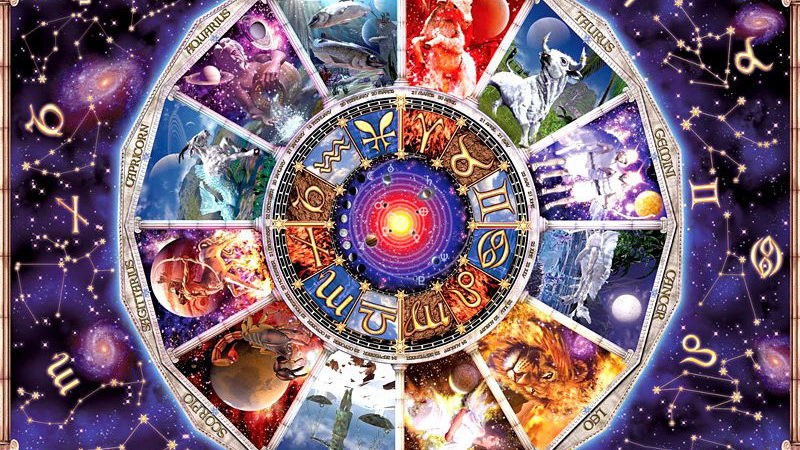 Now a New Age has started which is called the Age of Aquarius, meaning the pitcher carrier of spiritual holy water that is the work of Kundalini.

Since the 1960s and ’70s there has been much talk about the Aquarian Age, especially due to the song, “Age of Aquarius”, from the musical, “Hair”. The words, “New Age”, refering to the Aquarian Age, have also become commonplace and seem to refer to a wide range of alternative philosophies, music, therapies, meditations, exercises and diets. But what is the real significance of the Aquarian Age?

Western astrological thought indicates that we have just come out of the Piscean Age and have entered the Aquarian Age. Each Cosmic Age lasts about 2,000 years and has its own atmosphere or world view due to the influence of the prevailing zodiac sign on all of the planets during their transit, as well as their configurations and the relationships between them.

Dan Costian PhD, author of “Bible Enlightened”, relates that in each Cosmic Age a new avatar or incarnation of the Divine took birth on the earth in human form in order to reveal another aspect of spirituality to human beings. In the Age of Gemini (c6000 – c4000BC) this Divine incarnation was Rama, in the Age of Taurus (c4000 – c2000BC) it was Krishna, and in the Age of Aries (c2000 – 1BC) it was Abraham, Moses, Zarathustra, Confucius, Lao-Tse and Socrates. In essence, the planets “set the scene” by providing the atmosphere or mood of the time to harmonise with and to reflect the message of the incarnation of the Divine of that Age.

The Age of Pisces extended from about 1AD to about the year 2000. The avatar or incarnation of the divine in this Age was Jesus Christ, the Son of God. The early Christians used the symbol of the fish, the sign of Pisces, in order to recognise each other. The birth of Jesus Christ in Bethlehem had been foretold by the prophets and was heralded by a star in the East, which guided the Three Wise Men to the baby in the stable.

Various predictions about the date of the beginning of the Age of Aquarius have been made. The Adi Sahasrara, the seventh and last chakra, was opened on 5 May 1970. This cosmic phenomenon was witnessed by Shri Mataji Nirmala Devi and she has described it in one of her lectures. This event has paved the way for the spontaneous awakening of the Kundalini energy so that people en masse can receive their Self-realization, their connection with the Divine. I believe that this is the date of the beginning of the Aquarian Age.

What can we expect the Age of Aquarius to be like? Eccentricity, originality, independent thought, love of innovation and contempt for tradition are all strong traits of Aquarius. So we can expect that there will be a shake-up of the old order and a questioning of all ideas about society, religion and relationships. This will lead to a search for new ways of being.

This time of questioning started happening in the late 1960s and ’70s when a lot of old ideas, traditions and indoctrinations were examined and thrown out. It led to the sexual revolution, a lot of experimenting with drugs and experimenting with new religions mostly from India, including ones promulgated by false gurus who saw an opportunity to make money. So it had quite a few negative consequences, but it was necessary for people to move beyond the staid, narrow ways of looking at things that had prevailed for some time and to become “seekers of truth”. Under the influence of Aquarius people will not accept what others tell them and like to learn through their own experimentation and experience.

Aquarius encourages the progress of humanitarian and social causes. So the Aquarian Age is one where pure love and altruism prevail. People work selflessly for the good of the whole, without exploiting or manipulating others.

Unity and integration are themes of the Aquarian Age. We can look forward to a truly multicultural world where individual differences are valued and respected while at the same time we are able to work co-operatively for the good of everyone. The sign opposite Aquarius is Leo which has an ennobling and enriching influence.

Originality and innovation are qualities of Aquarius. So we can expect inventiveness and creativity in all spheres of life.

The truth is another important aspect of Aquarius. All falseness and corruption should disappear. The appearance or exterior will be less important while the essence will be of utmost importance.

We can look forward to an end to “blind faith” in religion and to a time when the mystical knowledge that has been hidden and kept secret will be revealed – a time when people will be their own gurus, and know the truth within themselves, with the rising of their Kundalini.

Now very interesting it is to see that this Kundalini is the one which is called as the Kumbha – in Sanskrit language, means the Aquarius. We call it Aquarius, as one of the signs, and is the same as Kumbha in Sanskrit language. So it is the Age of Aquarius, is the Age of the Kundalini. Secondly is the Age of the Kundalini which will nourish, which is the Mother within you, which will rise, will give you the completeness of it, and which will connect you with your Spirit which ultimately gives you the enlightenment by which you become collectively conscious.

All of these positive changes will not happen if we sit back and do nothing. The time is right for them to happen, but we must desire the change and take steps to bring about the change within ourselves. The first step is to desire to have your Kundalini awakening. The second step is to go through the process of attaining Self-realization.

The third step is to meditate regularly, preferably with other Sahaja Yogis as the meditation is easier and more powerful in a collective situation. So that means contacting the nearest Sahaja Yoga centre and attending the beginners’ classes, which are always free. By doing this you will be helping all the positive aspects of the true Aquarian Age to manifest on our earth.