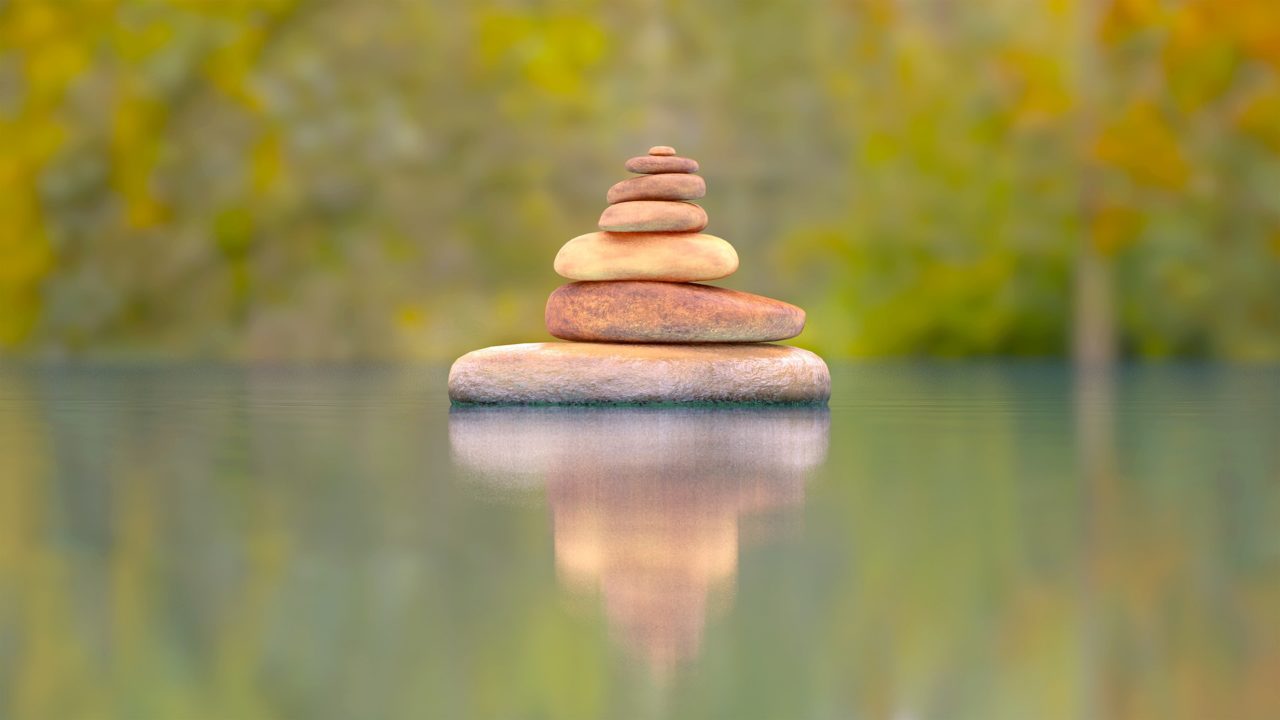 The ancient tradition of yoga and meditation began in Indian prehistory as a system of mental, physical and spiritual exercises. In approximately 500BC the physician and sage Patanjali formalised this tradition into a science with four major and four lesser branches involving ethical restraint, self-discipline, mental focus, physical exercise and meditation. The entire system was used in an integrated fashion and directed at the attainment of a unique state of spontaneous, psychological integration. [1]

Although meditation is an ancient discipline, scientists have only recently developed tools sophisticated enough to see what goes on in your brain when you do it.

Even people meditating for the first time will register a decrease in beta waves, a sign that the cortex is not processing information as actively as usual. After their first 20-minute session, patients show a marked decrease in beta-wave activity, shown in bright colors, top. 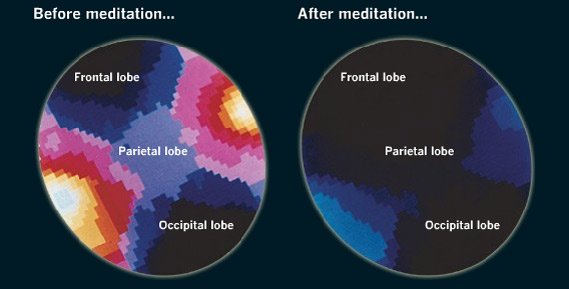 Inside the Meditating Brain

Frontal lobe
This is the most highly evolved part of the brain, responsible for reasoning, planning, emotions and self-conscious awareness. During meditation, the frontal cortex tends to go offline.

Parietal lobe
This part of the brain processes sensory information about the surrounding world, orienting you in time and space. During meditation, activity in the parietal lobe slows down.

Thalamus
The gatekeeper for the senses, this organ focuses your attention by funneling some sensory data deeper into the brain and stopping other signals in their tracks. Meditation reduces the flow of incoming information to a trickle.

Reticular formation
As the brain’s sentry, this structure receives incoming stimuli and puts the brain on alert, ready to respond. Meditating dials back the arousal signal.

After training in meditation for eight weeks, subjects show a pronounced change in brain-wave patterns, shifting from the alpha waves of aroused, conscious thought to the theta waves that dominate the brain during periods of deep relaxation

Aftanas et al. (2001) conducted a well designed study of EEG on novice and advanced Sahaja Yoga Meditation practitioners. During meditation substantial changes in mid-line alpha-theta power, rather than gamma power, distributed more or less symmetrically in the fronto-parietal parts of the brain, occurred in a pattern that was significantly repeatable from subject to subject. Most significantly these changes correlated significantly with the participants’ self-reported experience of mental silence and were more pronounced in the advanced meditators. Thus the mental silence state of Sahaja Yoga Meditation was associated with changes in central nervous system activity that are both reproducible and correlate with subjective experience of meditation. This adds further support to the idea that mental silence may be as much a biological phenomenon as it is a conceptual one. In other words, mental silence may even have a neurophysiology unique to that state of consciousness.

The benefits and experiences of Sahaja Yoga Meditation 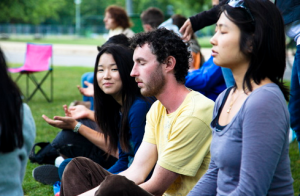 Practitioners of Sahaja Yoga Meditation (SYM) consistently report that the state of mental silence is characteristically associated with other subjective phenomena such as a natural focusing of attention and a sense of wellbeing which somehow leads to improved physical health. A number of SYM practitioners do describe occasional transcendent experiences, with concomitant benefits to physical and mental health, that in many ways reflect traditional descriptions of mystical experiences and states such as Sahaja yogic tradition, as well as modern SYM practitioners ascribe these experiences to a unique, spontaneous and more or less involuntary psycho-physiological process that occurs during meditation. The process is said to involve a system of yogic energy centres (chakras), interconnecting channels (nadis) and activating energy (kundalini). Modern proponents of the yogic tradition put this “psychic anatomy” forward as a kind of psychosomatic theory of health. [3]