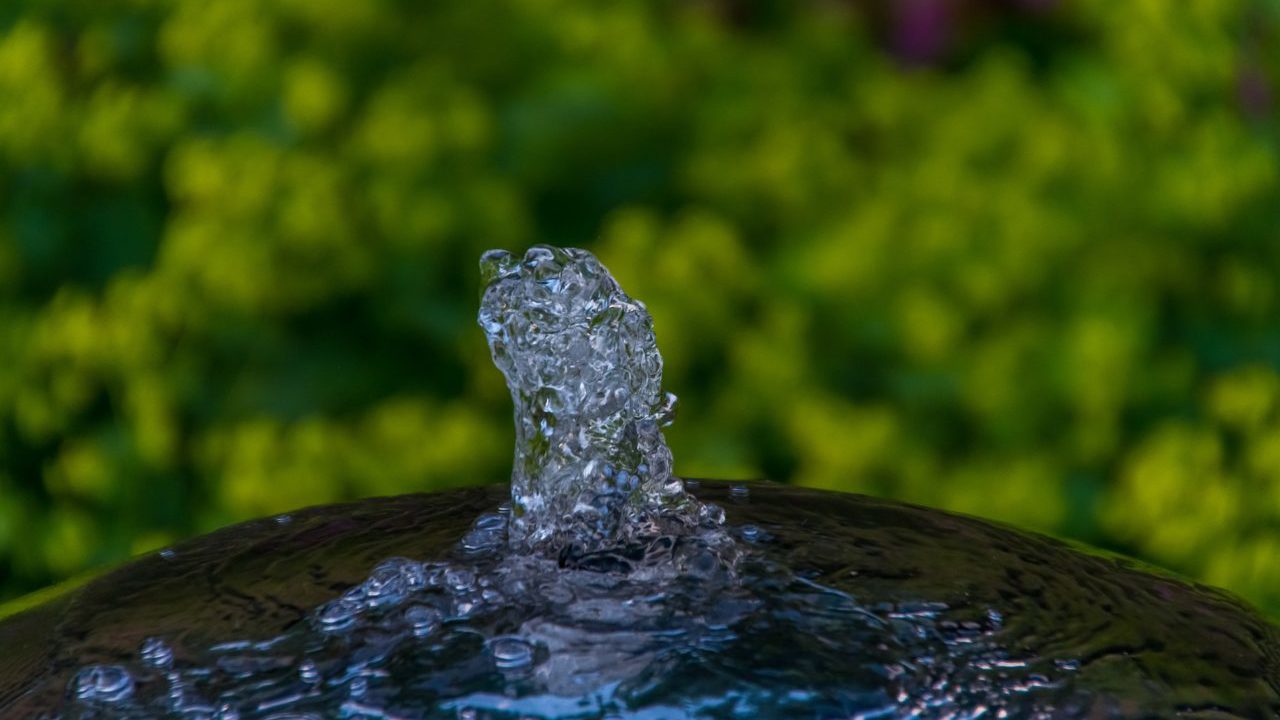 One of the first things we try to assimilate in Sahaja Yoga Meditation, or indeed most spiritual practices, is that the past is finished, the future is unwritten, and so the only place to truly exist is in the present moment.  This can often be quite tricky to accomplish, especially if we have had a troubled past or are extremely ‘right-sided’ and futuristic in our thinking.  But we often forget that we can be “in the moment” at very unlikely times and just not realise it.

One of the obvious methods is when we’re experiencing nature – either through walking in a forest, on a beach or even just looking up at the stars.  Something catches your eye – a leaf or a shell or a beautiful butterfly – and you are so captivated that you don’t realise how much time passes while you study it.  You forget to think; you just want to be a part of that miraculous creation.  But in fact, you are!  One of the most spiritual experiences of my life so far was when I learnt to scuba dive on the Barrier Reef.  I had been one of the worst students whilst learning in the pool – totally claustrophobic and panicky surrounded by about 20 other students, all with lumbering equipment vying for space.  But once we reached the wide open sea and started our real diving instruction, I felt like the most graceful person on the planet.  Even with the huge air tank on my back and all the other paraphernalia that goes with it, I was part of the ocean in every sense of the word.  I knew nothing about the fish or the coral that I was swimming through, but it didn’t matter.  I was totally at peace in this huge underworld. They say that if you dream of water, you are communicating with your unconscious so I must have been tapping into mine in a big way!  And when my instructor wrote “Whales!” on his waterproof clipboard, I was in seventh heaven because if I held my breath to stop the noise of my air supply, I could hear them singing. This adventure was over twenty years ago but it still gives me goose-bumps to think of it.

As a singer/songwriter, I am often struck by ideas at very inconvenient times – either walking the dog or worse, at three in the morning!  I start to hear words in my head and I know that if I don’t write them down at that moment, they will swim around my head all night or vanish like a puff of smoke, so best to get them down on paper.  But whilst I’m writing, I am not really thinking as the words are just flowing of their own accord.  I am sure many writers will have experienced the same creative phenomenon.  If I find that they stop flowing and I realise that I’m “thinking” about what the next word should be, then I just stop writing. I may not even recommence until the next day or the next week, but I always know if it’s coming from the same place, rather than from my rational brain. Often the words are quite painful to write, especially if I have been going through some tough emotional situation, but somehow the act of voicing these experiences as poems or lyrics becomes a cathartic process.  And when I read back what I have written the following day, I often don’t even recognise my own ‘voice’ or way of expressing myself, because it’s like it wasn’t really my conscious self that was writing; “in the moment”, I have tapped in to something from a higher consciousness that either wants me to learn something or wants me to share it with others.  And if I was feeling emotional when I first wrote the piece, then whenever I re-read it, I am once more in that ‘moment’ and can tap into the same emotion again.

I think we experience this on a larger scale when we attend music concerts or see a great play or movie.  If the artists performing are really “in the moment”, then the audience are more likely to be tuned in to their emotional state and be taken along for the ride.   If the performers also happen to be realised souls, then the effect is even more profound.  It is an experience of ‘collective consciousness’ that can be deeply spiritual, obviously depending on which event you are witnessing.  I attended 3 concerts a few years ago, held at the Royal Albert Hall in London, given by The Finn Brothers who had been part of the New Zealand band Crowded House.  They had just found out on the first day that their ex-drummer had committed suicide but, rather than cancelling the tour, they decided to work through their emotions and do what they do best – make amazing music.  Each day, their grief took on different guises and even though the set list was more or less the same on each performance, I could feel that their way of playing the songs was different.  The energy on the first night was more ‘gung-ho’, as if to vanquish the demons that had caused such a tragedy.  By the second night, this had been replaced by a kind of anger at their colleague for leaving them – even some of the jokes they made in between songs had a bitterness to them.  But the third night was the most profound, as the sadness was still evident but there was also an acceptance.  At one point Neil Finn, the younger of the brothers (and my favourite songwriter, I have to say!) asked for all the microphones to be turned off in the auditorium and he stood at the front of the stage and just sang, totally A Cappella.  You could have heard a pin drop, the silence was so profound.  And I’m pretty sure I wasn’t the only one with tears in my eyes when he had finished.   After that tour, he didn’t write again for nearly a year. But then the healing process began and he re-formed Crowded House with a new drummer, resulting in worldwide success all over again.

I have witnessed many other episodes like this, as I often work front of house at arenas and theatres, and I suppose sometimes it can be termed ‘mass hysteria’ when the whole audience is caught up in the moment – concerts featuring Elvis Presley and The Beatles were early examples of this, not to mention Frank Sinatra!  But if the experience is a positive one, and the music is joyful, then I’d rather think of it as mass empathy.

Sometimes, if there is an event such as a popular icon dying – most recently Michael Jackson, but particularly Princess Diana, it can have an effect on a very deep level too.  When we witness scenes of such huge outpourings of grief, it can often help people, not normally in touch with their emotions, to feel ‘something’, sometimes for the first time in their lives.  I was living very close to where Princess Diana had lived at that time and just walking around that area, you could feel the collective Heart opening up on a mass scale.  Yes, there was sadness, but it was like the heart was being cleansed through all the tears.

But I suppose the ultimate lesson for being “in the moment” is to witness a child or an animal at play.  Their innocence and spontaneity is something we should all try to emulate as often as possible.  Not only does it keep us young at heart, but also prevents us from taking ourselves too seriously.  The eternal spirit is full of joy, and the more often we tap into that, the easier it is to stay in the present.