The Power of a Bandhan & Vibrational Awareness 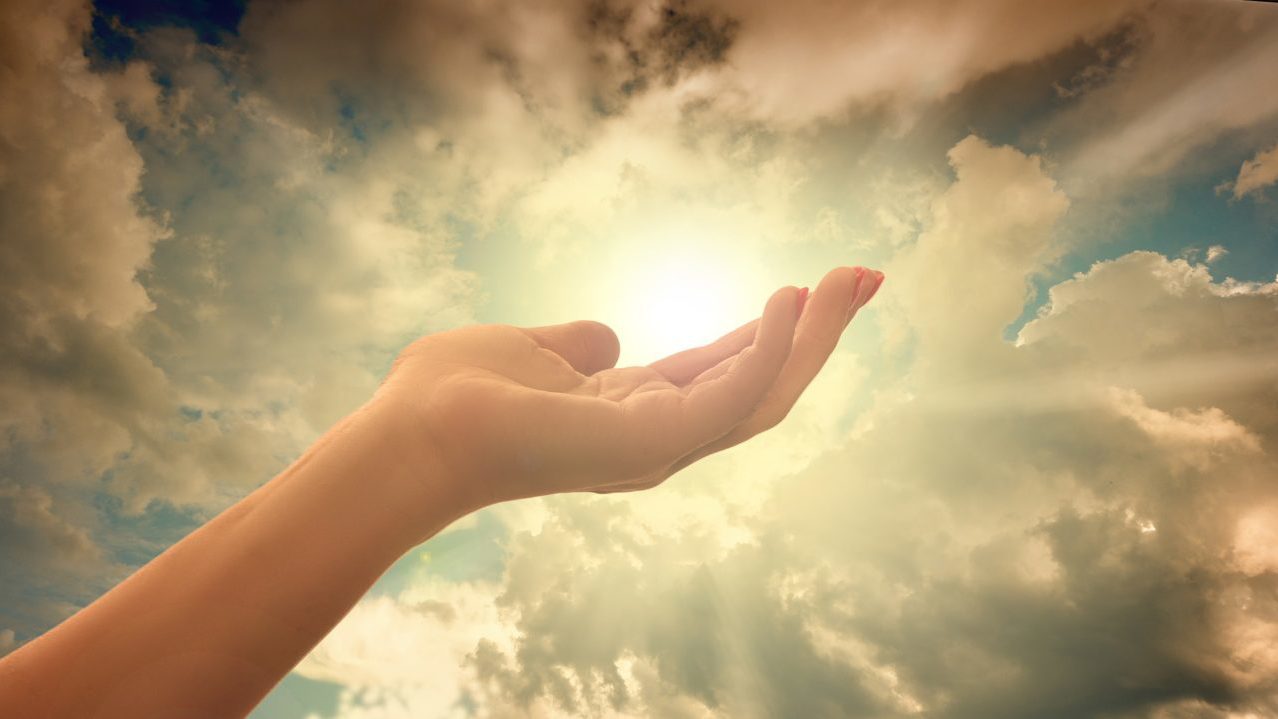 In the How To section of this website, you can read about how to put yourself in bandhan – a protection over your chakras.  Shri Mataji has told us that the bandhan is a simplified version of the ancient scripture, The Devi Kavach, which was written in praise of the Devi (the Goddess) who battled the evil forces on our behalf as portrayed in the Devi Mahatmyam.  She has many different names to represent various aspects and qualities of Her divinity, and reading Her names aloud in the form of the Devi Kavach is a way to invoke those qualities within us.  But in the same way as “Sahaja” means “effortless” or “born within”, the bandhan has itself been made simpler for us, in this complicated age that we live in. So by this basic technique of protecting our chakras before and after our meditation and when leaving the house, we are covering our aura with Divine vibrations.

But there are other ways of using this protection, for ourselves and for others.  One way is to write our name in our left palm using the index finger of our right hand – the right side being the side of action, the left of desire.  Then with the whole right hand, we draw a circle 7 times around our name, with full attention, thereby ‘putting ourselves in bandhan’.  This is a very good way to be much less conspicuous in public, if you feel like you are a little off balance or just don’t like the vibes of a particular place!  In the same way, we can do this for other people or situations.  Put yourself in bandhan first and then write the other person’s name or the problem in your left hand in the same manner, then making the 7 circles around it.  It can then be concluded by blowing over your hands, thereby surrendering the problem to the Divine energy.  If our attention is really good, we can do this whole process without even writing in our hand, just by thinking of the person or situation and drawing the 7 circles.

At first, most people tend to test out their bandhan giving on mundane things like finding a parking space, or keeping the traffic moving when late.  It can be hard to accept that such a small action can give us power, but once you start to feel confident in yourself you will want to use it for all the right reasons. Being able to give healing vibrations to others is one of the most remarkable and rewarding benefits of Sahaja Yoga. When I first started meditating, I found it hard to feel my own vibrations, although I knew instinctively that I was feeling better and more grounded.  It was only once I started using clearing techniques for the subtle system that I became aware of what the vibrations felt like on my hands, and the more I practised the stronger they became.  It wasn’t just random movements I was making – I could actually feel the heat clearing from the chakras. 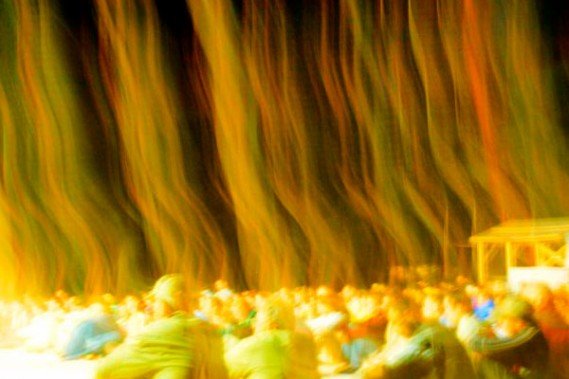 Just over a year after I first discovered Sahaja Yoga, my beloved cat Bodie, whom I’d had for twelve years, was taken to the vet to have exploratory surgery.  That night, I put my hands towards a photo of him and there was so much heat coming off it.  Although I prayed, I didn’t have much hope for him nor did I have the confidence that I could change the outcome.   I got the phone call the next day that they’d found a tumour in his stomach and it would be best to put him to sleep.  I was absolutely devastated but somehow knew it was the right decision.  Later, I spontaneously put my hand towards the same photo and it suddenly felt so cool – whatever pain he had been in was now cleared and his spirit was free.   It was the first time I remembered being able to feel the different vibrations so clearly.  But what I have discovered over the years is that the more detached we are from a situation, the easier it is for a bandhan to work.  We are often too close to our own problems to see the bigger picture and can become overwhelmed by the emotional backlash that can accompany certain situations.  But just by opening up to one or two friends, they can then help by putting their attention on you and the problem and the collective consciousness can go to work.  I’ve found that the bandhans I give to other people work far more quickly and more often than the ones I give my own problems….somewhat annoyingly!  We can also give bandhans to the things we see or read in the news – the visuals help us to focus our attention on the person or problem but we can remain more emotionally detached as we’re not directly affected.

In 1996, I was studying music in Nagpur, India and, being an animal lover (obviously), I would often carry scraps of meat in my pocket for all the stray puppies in the village where I was living.  I tried to be as inconspicuous as possible as they were mostly seen as pests by the locals, but to be honest, I didn’t really care if I got spotted. One day, I heard this loud yelp across the road and saw that a puppy had been hit by a rickshaw or car and was struggling to get up.  I rushed over and, without thinking, immediately sat beside it and started giving vibrations.  The locals were really staring at me but I carried on, raising its Kundalini and giving bandhans to its leg.  He was obviously in pain but I sat there for about 5 minutes, shooing away anyone who got too close or wanted to interfere.  Suddenly the vibrations got cooler and the puppy tried to stand.  After a few attempts, he managed and tentatively took a few steps.  I then gave him the bit of chicken liver I’d been saving for my “regular” puppies and he was on his way.  I’m not sure if the local Indians were amazed at what happened or just appalled at the fact that I was caring more for a dog than I was about all the beggars in the area!  Of course I would have done the same thing for a human, but the fact is that bandhans do work much quicker for animals and young children because their chakras are clearer and the Kundalini can rise more easily. 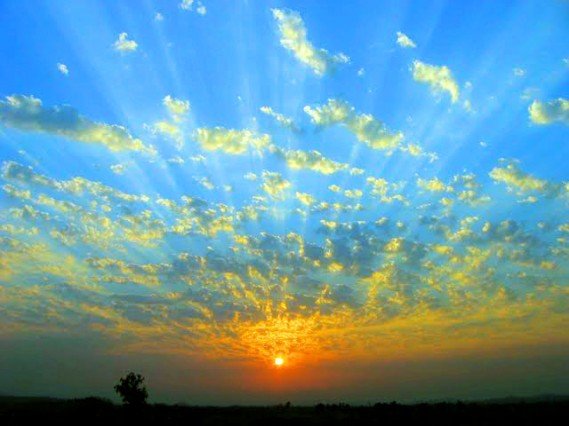 These vibrations we give and receive are such an amazing tool to our wellbeing and understanding of the way the universe works. Scientific research has proved that animals can communicate through vibrational frequencies undetectable to the human ear.  Elephants transmit infrasound vibrations through unique stomach rumblings that can be received hundreds of miles away.  These ultra-low frequencies oscillate at similar wavelengths to those transmitted by whales, and they obviously use them to warn each other of any danger nearby.  Just before the tsunami that devastated part of Southern Asia in 2004, many animals were reported as seen running for the hills.  I’m sure we too have this ‘extra-sensory perception’ but are just not as used to using it.  I remember another time in India when I was meditating alone in a dorm room of the hostel where all the yogis were being accommodated for a Sahaja Yoga seminar.  I was deep in meditation when I felt very subtle vibrations coming from below and the room very slightly shaking.  I had been in LA once when there’d been a slight earth tremor so I opened my eyes to check that everything was still intact.  Nothing had moved and I carried on meditating.  I almost forgot all about it until the next day when I was talking to a local yogi who ran a school in the area.  I happened to mention the experience as nobody else had noticed anything, and he then confirmed that there had been a small earthquake quite far away and I had obviously felt the tremors.  I’m convinced that if I hadn’t been in meditation, I would not have been aware of those vibrations, as most others weren’t.  But animals are in that state constantly; their brains don’t get in the way of their awareness on such subtle levels, whereas as we are constantly being bombarded by our thoughts.

The further we travel on our spiritual path, the deeper our experiences and our awareness becomes.  The bandhan is a powerful living prayer filled with vibrational love and it is up to us to use these vibrations as often as we can.  So the next time someone or something unexpectedly pops into your attention, don’t just dismiss the thought.  It may be that someone has just thought of you, but it may also be a ‘silent’ plea for assistance and we have the tools at our disposal to offer a helping hand.