In the Realm of Angels Part 2 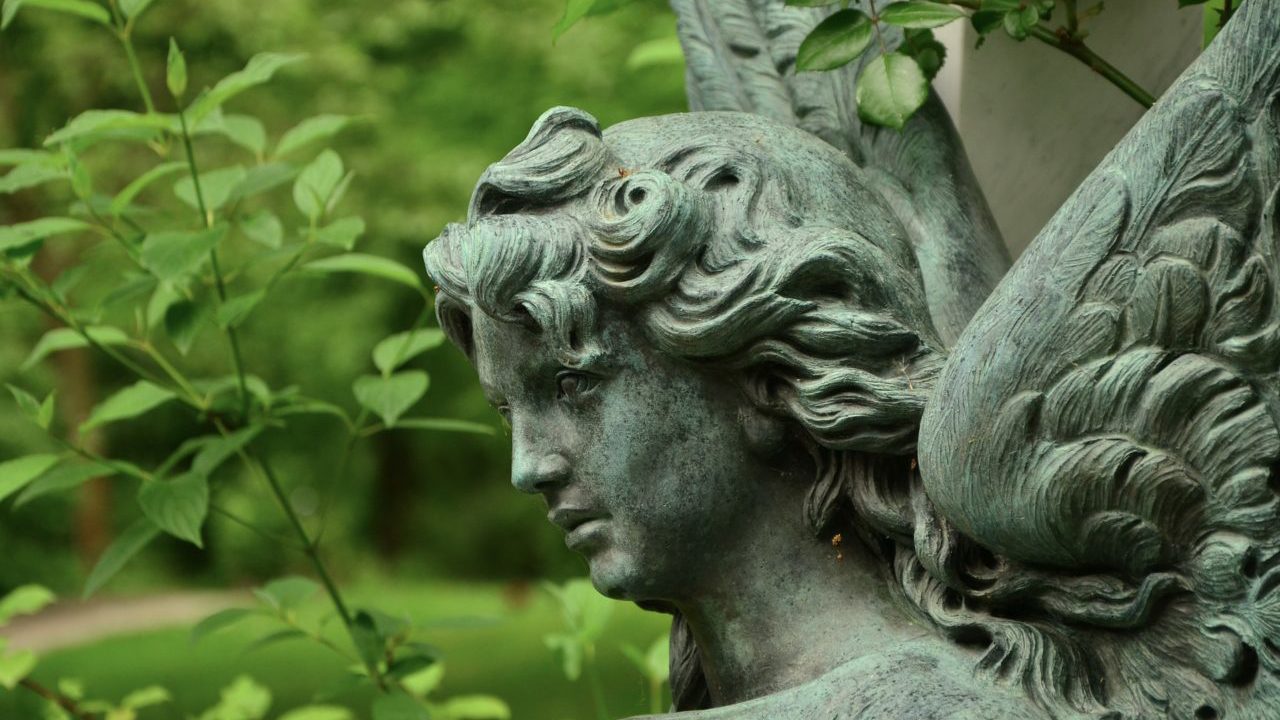 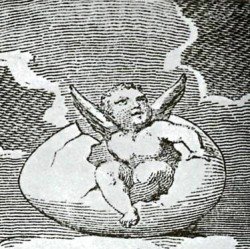 In England, our most famous angelic spokesman was the poet, painter and prophet William Blake, who was born 28th November, 1757. From his early childhood, he saw visions of angels and spoke with the spirits of great personalities from ancient times. His deceased younger brother, Robert, became Blake’s ‘spirit guide’ and inspiration for him throughout his life and there are hundreds, if not thousands of references to angels throughout his works. He lived through an era of enormous political and social upheaval, including the American War of Independence, the French Revolution, and the social injustices of the Industrial Revolution, all of which he felt moved to depict through his prophetic paintings and poetry. He was often misunderstood and mocked by his contemporaries as his works were often confrontational to those with little or no awareness of the human spirit:

Now Art has lost its mental Charms
France shall subdue the World in Arms
So spoke an Angel at my birth
Then said Descend thou upon Earth
Renew the Arts on Britain’s Shore
And France shall fall down & adore
With works of Art their Armies meet
And War shall sink beneath thy feet
But if thy Nation Arts refuse
And if they scorn the immortal Muse
France shall the arts of Peace restore
And save thee from the Ungrateful shore.

He prophesised the coming of the Golden Age through the awakening of Divinity within human beings (Divine Humanity) and dedicated his life to free the human spirit from the “mind-forged manacles” of its conditionings, materialism and rational ego. But it is only through our higher consciousness that we can truly understand who this great incarnation was.

From the transcript of Shri Mataji’s public talk on the occasion of William Blake’s Birthday Celebration at Hammersmith Town Hall London 28th November, 1985:

I knew who he was, what he was doing, why he was here. We do not know about him much because from the books you cannot understand who he could have been. He was an incarnation of Bhairavanath, that’s whom we call the St Michael or St George, who is, as you know, the saint angel of England. That’s why he had to incarnate and forgive. This was his role, to talk about divine in an open fearless manner. It’s not difficult to understand him at all if you are a realised soul.

Blake suffered deeply from the rejection of his peers, both financially and spiritually, and he lived with his wife, Catherine, in great hardship for most of his life. He even doubted his own visions sometimes, as this extract from his biography shows:

‘And how do you know?’ I said, looking round me, but I saw nothing save a greater light than usual.

‘Oho!’ I answered, ‘you are, are you: I must have better assurance than that of a wandering voice; you may be an evil spirit – there are such in the land.’

‘You shall have good assurance,’ said the voice, ‘can an evil spirit do this?’
I looked whence the voice came, and was then aware of a shining shape, with bright wings, who diffused much light. As I looked, the shape dilated more and more; he waved his hands; the roof of my study opened; he ascended into heaven; he stood in the sun, and beckoning to me, moved the universe. An angel of evil could not have done that – it was the arch-angel Gabriel.

In the same talk of Shri Mataji’s as mentioned earlier, She explains why Blake was such an important incarnation on this earth,

What is Holy Ghost? William Blake has said it resides within you… Holy Ghost is the Kundalini if you use logic, not rationality… If you use your logic you will see that we have a trinity, holy trinity. Have you heard of any father having a son without the mother? Then who is the Holy Ghost? It’s the Primordial Mother. Automatically you come to that conclusion. But mother should not be mentioned? That’s why Blake has said about the daughters of Albion, because he knew the way women were suppressed in a very sophisticated way. In the triangular bone she resides and she can be awakened, while they may say that why didn’t he talk about Kundalini? Whatever he talked, who listened to him? Whatever he said who tried to understand? Till today I don’t find many people have understood him.

To help us understand some of Blake’s terminology, here is a very brief summary of the meaning of Albion, as featured in his epic work “Jerusalem”.

Jesus the Imagination – the universal pure spirit: the embodiment of the Divine Humanity.

Jerusalem – The Emanation (feminine power) of both Albion and Jesus the Imagination, i.e., the Bride of the Lamb, Holy Spirit, Kundalini. She is therefore the common link between Humanity and the Divine.

I elected Albion for my glory; I gave to him the Nations,
Of the whole Earth. he was the Angel of my Presence: and all
The Sons of God were Albion’s Sons: and Jerusalem was my joy.
~ William Blake

Shri Mataji explains in a different talk about the Fifth Dimension, which takes us to God-realization,

But when you bring your Spirit to your brain, this is the second state. Then you really become self-realized, in the full way, because then your Self, that is the Spirit, becomes your brain. Action is very dynamic, it opens then, the fifth dimension in the human being. First when you become realized (collectively conscious), and start raising the Kundalini, you cross the fourth dimension. But when your Spirit comes into your brain, then you become the fifth dimension – means, you become the doer. But when the brain becomes the Spirit, the Spirit is the doer, and when Spirit is the doer, then you become a complete Shiva – self-realized.” (Pandharpur, India, 1984)

And in yet another talk, given at Shudy Camps in England, She expands on this thought, “When the fifth dimension opens in the human being, you are now a completely new kind of being, that never was before, a ‘Human Angel’.

What does She mean by this? In the same Hanuman Puja talk as mentioned earlier, (Margate, England, 1989), She explains further,

Angels are born like angels. They are angels, and they are not human beings. They’re born with the angelic qualities. But now, you all have become angels from the human beings. It’s a very great achievement of Sahaja Yoga.
So in the left side we have ganas, on the right side we have angels – the ambassadors of gods. So now you are the same, you are all angels now. Only thing you are not aware that you are angels while they were aware from their childhood. If you know that you are angels, all your qualities will start shining through… you have been given the special blessings, the special protection from the Divine, that if you stand for the righteous, and if you stand for the truth, all kinds of help to protect you will be given… I’ve not made you into saints, but angels, and you are always protected.

Somehow I always found that a comforting thought – it’s too hard to be a saint; too much expectation to be perfect. But we can be problem-solving angels. We have the power to transform energy, through our bandhans, through our thoughts and desires, through our collective and individual attention. And most importantly, we can raise the Kundalinis of others –
“And there’s one more thing that you have, other than the angels, because angels do not raise the Kundalini, they cannot, they’re not bothered about it. They are there to kill, to burn, suppress, to remove all the evil people around you. They cannot transform, angels cannot transform. So you have a greater right than they have in the realm of God – that you can raise the Kundalini of people and you can give realization.

So you have that subtle power within you that you can work out on people’s Kundalini without even their knowing about it. But in meditation when you sit down, you must admit to yourself, “I am an angel and as being an angel, I have no attachments with anything else but with God’s work.”
So that is the power of any angel and that has to be fully established within us… which gives you discretion, which gives you egolessness. I hope today both these things will work out within us in such a manner that we really become absolutely self confident realized souls whom I call as ‘Angels of modern times’.
(Margate, England, 1989)

ANGELS OF ALBION
by Deborah Eckman

Cocooned in the safety net of your lives
The signs are slipping by
Reach out and grasp a passing wing
Join the call to arms
Have no fear to tread
In the footprints
Of the light.

The greatest enemy is within
Defeat his insistent lies
His tools are greed and hate
Use your weapon of love
Before it’s too late
Let your spirit sleep no more
Let your spirit soar once more
Let it touch your heart
Let it be
A part of the whole.

Becoming the true Self
Go to Top
error: Content is protected !!