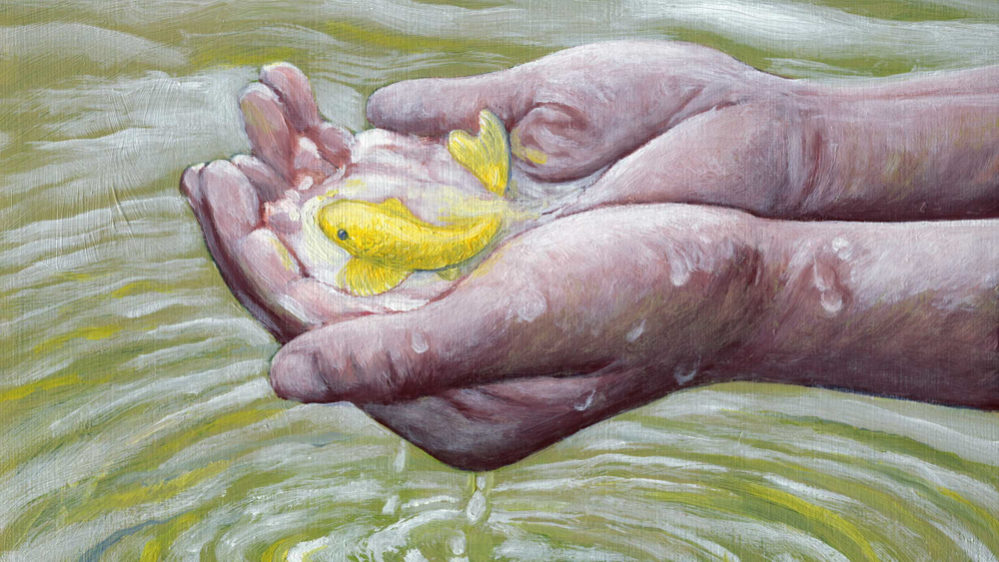 One Man’s Steadfast Journey to Find the Truth

No matter which decade, with its 70 miles of coastline, white sandy beaches and a host of tourist attractions, ‘America’s Finest City,’ is hardly a destination for those in search of the truth or so one would think and especially not during holiday season when shops are stocked with glittering goods to captivate passersby.

December 1985, two days before the biggest holiday of the year, though, his life’s greatest transformation would happen. Dan Allen, then a 22-year-old cook in a small restaurant, found just what he was looking for. In the middle of all the noise and chaos, he’d finally found a reason not to go back to drugs, to put an end to the falsehood of guru shopping and still the back and forth yoyo-shift between happiness and sadness. Allen was intent on finding the truth.

The Search
The air probably smelt of cinnamon and apple spice just as it would around Christmas. Allen sat in a coffee shop with a newspaper in in his hands. He stared at the words, “Sahaja Yoga.” The black and white text was small, maybe just enough for an ad placed in a classified section, but nevertheless, it caught his eye.

“I saw that ad, and I just knew that’s it,” says Allen. He called up the number in the ad and a soft voice answered the phone and told him he would receive some reading information in the mail, and then he could decide if he felt ready to try Sahaja Yoga or not.

Not long after, Allen received the Sahaja material and placed it on his kitchen counter unopened. “I didn’t read it,” says Allen with a glint in his eyes. “I just called and said, “Ok ready!”

He’d been ready for long. As a boy he loved reading the Bible and recalls riding his bike to church on Sundays. “I remember thinking about all the people that were alive when Jesus was alive and how they did not recognize who He was,” he shares. “I wondered if I would recognize Jesus, and if God came again in my lifetime, would I recognize him or not.”

His search led him to the doors of spiritualists. He recalls going to many so-called spiritual places and sitting outside each day waiting for an answer.

In his desperation, he even followed his brother who was doing drugs. The drugs didn’t lead Allen anywhere near the truth. He again began searching, reading books, asking palmists and spiritualists. He was told he’d take a journey across an ocean, and it would change his life and that his past karmas would be forgiven. One lady even interpreted a dream he had about an injury saying that he would get powers to heal. Allen thought it was not possible, although, she hinted he would find what he was looking for.

“When she told me that, I really felt like I wasn’t worthy, so I went kinda the opposite way for about a year,” Allen says. “I just indulged again in drugs and forgot about God.”

But Allen’s desire to find meaning to his life stayed strong. “I really had to find God,” he says, which he knew the drugs wouldn’t let him; and he gave it up again. So when he saw the Sahaja Yoga newspaper advertisement in the coffee shop, he decided to follow through and headed to the Sahaja center.

At the center, a Sahaja Yoga practitioner showed him how to meditate and guided him through a few simple steps of self-realization.

Although in his first experience, he didn’t feel much and also felt awkward, but he says that he didn’t let his upbringing, background or past interfere. Allen says, “I just knew that’s where I needed to be.”

It took a while before he started to feel silence or the subtle cool breeze indicative of kundalini awakening, but he went to the Sahaja Yoga center every week. “I don’t know, but I just had to go,” says Allen.

He would meditate each day at home and use the clearing techniques to deepen his meditation. Although he worked odd hours as a cook, he would wake up early for his meditation. He was amazed at how much past baggage he was able to release using Sahaja Yoga techniques. He slowly started to feel his inner energy awaken and rise from the base of the spine to the top of the head and connect with the All-pervading Divine power. “I felt the kundalini rise like a river up my spine,” says Allen. “It was flowing like water like cool but actually like ripples, and I was like wow!” 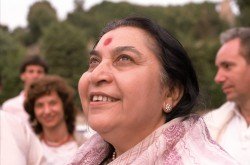 Eight months after his first introduction to Sahaja Yoga, he met Shri Mataji at a Sahaja Yoga program in September 1986. She spoke about the importance of innocence in one’s life and how this quality makes the personality magnetic, radiant and sweet like children. She asked those present to imbibe this quality in their meditation and then ended the session with, “May God bless you.”

Allen felt so good that he had no hesitation in following Shri Mataji in Her travels, as he wanted to contribute to the work of Sahaja Yoga. By then, he had changed his career path and took to construction and home building. He volunteered his talent for a building in Cabella, Italy, where Shri Mataji had purchased a place to bring Sahaja Yoga meditators together for collective meditation and enjoyment. Allen recalls Shri Mataji’s desire to start many humanitarian projects. He says that She would wisely guide him and those present on how to solve building problems even though She was not from an architecture background. “It was amazing,” Allen says shaking his head in wonderment. 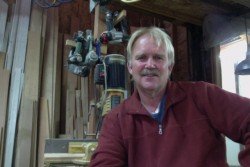 He holds close the time he spent with Shri Mataji. “We’d feel something special there in her presence,” he continues.

Now decades later settled in Los Angeles, Allen realizes how lucky he was to have found what he was looking for despite having taken drugs and feeling lost. “It was hard to find people that were serious about the truth,” he says about the time he grew up. Then as he reflects further, Allen concludes, “We were destined to find Sahaja Yoga!”

Two days before Christmas, he found the truth, decades later; he lives a life of no regrets. Allen, a happily married father of two, now hopes others experience what he did.

His gaze wanders to the horizon where the sky and earth meet, and he exclaims, “They should find it!”