For want of wonders and a path of spirituality 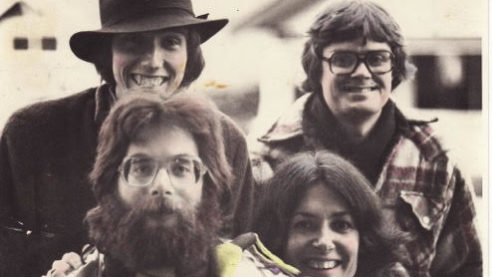 Three objects lay on the table- a bowl, a vase and a teacup. “Look,” She told him. “See,” She said moving them, “They are related to each other.”

He recalls how she rearranged the objects until they were in their right places- a more pleasing relationship, and then She exclaimed, “They are one!”

Richard Payment, then a new practitioner of Sahaja Yoga, realized the subtle message Shri Mataji, Founder of Sahaja Yoga, taught him over tea that English afternoon in 1982. “Don’t look at the parts, look at the whole,” he understood. “We each move until we find our correct spot in relation to all the other parts.”

He may not have known, but Her message of unity, harmony and of being a part of the whole would soon follow course in his own life in unexpected ways. Plans would change, adventures and spontaneous decisions would greet him at every step, and so Payment’s journey into his self would unfold.

The Payment Plan
As any young man of his time, Payment too had a plan. It was 1981, and his job as a film-editing assistant at a Canadian Broadcasting Corporation was going pretty well. His plan was to make enough money in six months to a year, which would then enable him to create his own films or documentaries. This he felt was all he needed.

“At age 26 my outlook was this: all questions of meaning and spirituality could wait until the second half of my life,” says Payment.

He generally learned his life’s lessons through university courses, books, conversations, movies and a big dash of optimism that when needed he would make the right choices.

“I would have described myself as an agnostic anarchist,” he jokes. In other words, he was skeptical of religious organizations or such institutions with memberships and cults and thus, relied primarily on his own instincts and optimism.

A Change of Plan
One day an Australian visitor who had heard about Sahaja Yoga, came to stay with him and his roommates, and soon they all got talking. Weekly meditation programs started at his house, and Payment found himself coming home to meditation right in his living room. “I didn’t even need to take a bus,” says Payment. 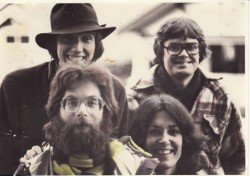 Despite his skepticism of spiritual organizations, he found himself being able to meditate at the Sahaja Yoga programs. “I withheld my doubts and followed my heart, deciding to judge it all later when I would have more evidence.”

A few months later, he was thinking of a trip to India arranged by Shri Mataji to enhance the meditative experience. Payment decided to go and spent all the money he had saved for his future-film making plans on the flight to India. His career plans changed, he trusted his instincts, and the discovery of his inner being took flight.

Just before his trip, Payment recalls his ride home after a meeting as he watched telephone poles and wires linked as a continuous connection and he thought, “No matter what happens next, nothing is ever going to be the same. If you do not go to India, you will have the knowledge that this world exists, but not the experience.” Payment thought further, “If you go to India, it will be a risk. But there is no growth without risk. If you do not go, you will never know.”

He had even made a deal with himself- he would not question while in India his meditative journey in Sahaja Yoga, but he would just experience. Then at the end of the two-month tour, he would assess, says Payment.

A Plan of Wonders
After India he figured- yes, meditation was for him. Now after years of experiencing Sahaja Yoga Meditation, he made another assessment- what better way to share his journey than write a book! Inspired by the truths he found from his experience, from Shri Mataji’s talks as well as from the spiritual thirst of those he met, he observed that this thirst is a driving force in people’s lives. “We can move mountains in our need to know,” he says. “We want wonders.” 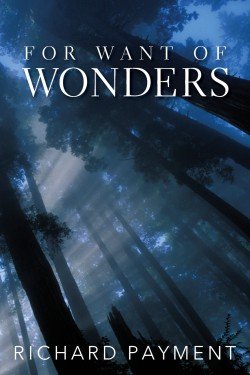 And so in 2015, he published, “For Want of Wonders,” a story in which the lead character, Vishesh, finds his path through trust and simplicity.

“Vishesh, is very much a passive seeker like me,” says Payment. The character in the book moves based on feeling and intuition, quietly but observant of patterns and signposts, explains Payment, adding, “He trusts the people he meets.” It is this trust that ultimately leads him on the right path, says Payment.

The message of trust and harmonizing with the whole, lives in Payment’s writing as much as his heart. He reminisces about that wonderful English afternoon as he conversed over tea with the source of his inspiration, Shri Mataji Nirmala Devi, just a day before he was to take a flight back home to Canada. He says, Shri Mataji picked up a square glass vase and gave it to him saying, “I have given you nothing for your wedding.”

Payment recalled his thoughts to her, “You have given me my realization, a two-month trip to India, a two-month holiday in England, a wife and a new life.” He remembered feeling overwhelmed as he took the vase she gifted. It had an image of a boy and girl dancing a Viennese Waltz, he reminisced.

Now, 60-year-old Payment, still hums an unspoken waltz captured in the words of his book, where the contributors are not just his wife or his five children, but the reader of his story, for he says, the reader may hear more.

Read excerpts from “For Want of Wonders,” available at www.RichardPayment.com.