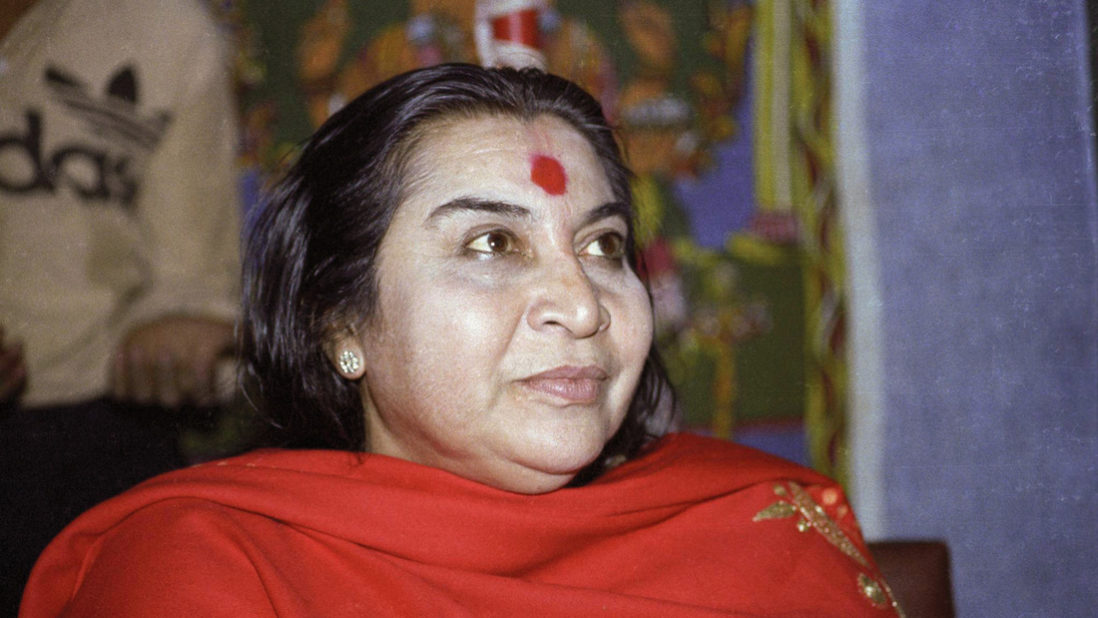 Man in his search of joy and happiness is running away from his Self, which is the real source of joy. He finds himself very ugly and boring because he is absolutely unknown to his Self. Human beings seek joy in money or possessions, in power or human limited love and ultimately in religion that is also outside. The problem is how to turn one’s attention inward.

The inner being, which is our awareness, is an energy (I call it the energy of Divine Love). All the evolution and manifestation of material energy is guided by the supreme energy is guided by not know how powerful and thoughtful this unknown energy is. The silent working of awareness is so automatic, minute, dynamic and expansive that we take it for granted. At first it appears as silent throbbing vibrations through our being after Self-Realization. Now a method has been found to tap the Divine Power and this is called “Sahaja Yoga.”

The word Sahaja (Saha + Ja) means “born with you” (inborn). Whatever is inborn would manifest without any effort. Hence, Sahaja Yoga is the name given to my system, which is effortless, easy and spontaneous. It is natural to nature. You may call it life’s source, vitality or Divine.

Nirmala Devi: Russia was such a surprise to me. One devotee in Switzerland told me, “Mother, they are waiting for you and you just need to come along.” I said, “All right, “I’ll be there.”

I went first to Leningrad from Helsinki To my amazement, I saw 2,000 people waiting outside and 2,000 sitting in the hall. They have never known about me. Somehow they saw my photograph, and they had such a sensitivity for spirituality that, surprisingly, they just recognized me and came. Some of them were sitting outside and picked up this word “Ma.” They said “Ma, what about this? Ma, what about that?” My heart just started melting away, I couldn’t understand how to leave these people, but what to do? When I finished my program, everyone of them got their realization, 2,000 of them. No questions, nothing. With such respect, I thought I had come to another world where there is no skepticism, no questioning, nothing.

Then I went outside, and all the 2,000 were still there waiting, I was amazed at that. They said, “what about us?” So I said, “Alright, come tomorrow. We’ll have it in the open. We won’t have it in the hall.” All 4,000 were there the next morning. That was the first introduction to Russians in 1989. 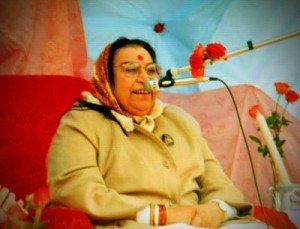 HT: Did you find that they are different from Western Europeans in the spiritual sense?

Nirmala Devi: Very much different spiritually. I have analyzed it like this. In the West, with the so-called freedom we’ve got before realization, the people have wasted their energy in pursuits which are absolutely joyless, and they have wasted their attention completely. It’s all greed and lust, shown by advertising. Our whole economy is based on money. Everything is money. Even education has now become money oriented. Then nobody will be educated, you see, the essence of education won’t be there. People cannot see something like Sahaja Yoga, which is so simple, straight forward, and for which you cannot pay a single penny. But these people could see me through and through, because their attention is not so spoiled. I feel that half are tremendously spiritual.

HT: And you think they are very genuine?

Nirmala Devi: Absolutely, you’ll be surprised. They have no ego.

HT: How many Sahaja Yogis are there?

Nirmala Devi: It’s unlimited. Sahaja Yoga does not have any membership or organization. Anybody who becomes a Sahaja Yogi first of all has to get his kundalini awakening or Self-Realization, then he has to stabilize himself. He should be capable of giving realization to another. It’s self-appointed. So we cannot say, but it must be thousands, because we are working in 40 nations.

HT: How did you develop Sahaja Yoga?

Nirmala Devi: It happened in very funny circumstances on the 5th of May, 1970. I had been going to all these gurus to see what they are doing, how they work and all that, just to study them. I was a born realized soul. I could have given realization to one or two also, but my idea was to find out a way by which I could give en masse realization. I went to see Swami Muktananda and all of them. I went to see this Rajneesh, who was very much after me. I went on my own and stayed there. I was sitting on a little platform under a tree watching all that was there. I was shocked because he was mesmerizing people who were holding an ordinary glass. How horrible it was. I felt so bad because there was mud, dirt, filth, and they were all wearing that.

[In my search, I found that there] were no gurus, they were false people, most of them. So I said, “If that is the thing that those gurus are doing, better try myself.” So the whole night I sat under a bilva tree near the seashore. I was just thinking, “How will I manage this en masse realization?” And that is the day when the seventh chakra opened and when I saw how the kundalini was going to rise. Of course, I cannot explain this to you because it is a different level of understanding. It is a siddhi (psychic power) which is beyond chitta (consciousness). So with the siddhi I worked it out. When that happened, this one didn’t know anything about realization. Then I started this work.

HT: Could you please throw some light on Shri Ganesha, who seems to be very important in Sahaja Yoga? 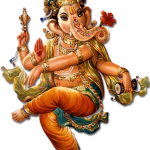 Nirmala Devi: Sri Ganesha is the symbol of eternal childhood that is innocence. He resides on the low centre called Mooladhara chakra. Mooladhara is actually the triangular bone in which the kundalini is. The pelvic plexus is responsible for excretions, even “sex.” Now this child, who is an innocent child, is put there because he is innocent. When the kundalini starts rising all these functions stop and you immediately become like a child. Now, as mother I don’t want to condemn anyone. But some people say that the kundalini resides in the sex, and that is why many people have misused and abused it, which is absolutely wrong. Shri Ganesha is the child of the mother, and He is sitting there watching over her chastity and honor.

Some scientists say that the carbon sits, because it is the beginning, as you know, of organic chemistry and from which it becomes amino acids. I asked scientists to make a model of a carbon atom. I told them “If you look at the model from the right to the left side you will see a swastika, and if you look from right to left you’ll see a Omkara.” The carbon atom itself is the throne of Shri Ganesha, manifesting those forms.

HT: Could you say something about music and mantras? 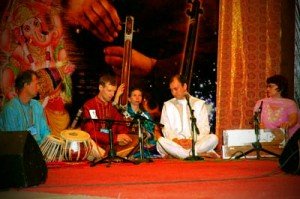 Nirmala Devi: Music is very important, especially our Indian music or even Western classical music, because it carries the vibrations very well. You are just a little late, otherwise I could have shown you when the music started how the whole vibrations started changing and how the lights started dancing. Music carries the vibrations, and they help a lot. Mantras are words which are awakened, and when said are understood by the deities. It says even in the Vedas, that first of all you must get your realization, and then you must know yantra, mantra and tantra. So yantra and mantra is the awakening of all these deities, but you have to be a realized soul. You have to have the connection. These mantras are words which carry the power to awaken the deity and to please them.