India comes to Helsinki on August 16th at Savoy Theater 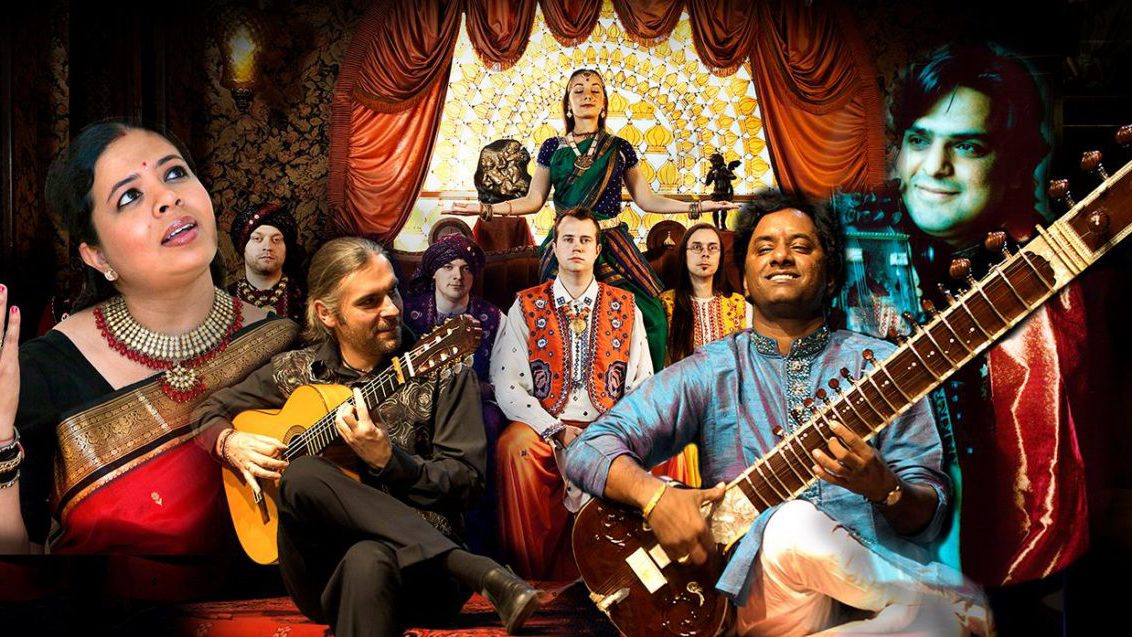 To celebrate 25 years of Sahaja Yoga in Finland, and exactly 25 years from Shri Mataji’s first visit to Finland (to the day!), we have organized a weekend of meditation, togetherness, self-realization events and cultural activities from August 15th to 17th 2014.

The main events is a big concert with numerous performers at the most prestigious world music concert venue in Helsinki, the Savoy Theatre, on the evening of Saturday August 16th. Performers include INDIALUCIA, SHAVA, ANANDITA BASU, KAMAL & GULFAM SABRI and QAWWALI BROTHERS.

We are also running a full weekend of events and a cultural program in a Mongolian Yurt as part of the Helsinki Festival’s KOEHELSINKI (‘Experience Helsinki’) umbrella.

In the ‘Yurt of Eternal Values’ or Kulttuurijurtta (‘Cultural Yurt’) visitors can listen to Indian classical music recitals, and experience Sahaj music and theatre performances such as the Theatre of Eternal Values’ ‘Songs of Innocence and Experience’, a William Blake performance by the Vertunni family, as well as a musical journey into the poems of Rabindranath Tagore. In the mornings we have performances aimed at children, such as songs and ‘the tree of tranquility’ and a self-realization experience for small children.

On Saturday morning August 16th at 10am there will be a lecture by Sahaj doctor Cristina Hreniuc at a nice vegetarian restaurant about the health benefits of meditation and yoga.

Saturday daytime from 10am to 5pm there will be self-realization programs in the parks and public areas, teams will have musicians with them and give realization, also leaflet for Sahaja Yoga programs and the evenings’ concert.

Saturday at 6pm is the Gondhari concert at Savoy Theatre in central Helsinki. The concert will go on quite late and after it there will be a party at the yurt and dinner.

On Sunday we’ll have recollections and stories from Shri Mataji’s first visits to Helsinki on 1989 and 1992 – complete with old videos, drawings and pictures. In the evening we will have a walking tour of ‘historic’ places in Helsinki where Shri Mataji visited and stayed.

Monday August 18th people will start to head to their countries but for those who can spend a couple more days we will visit the countryside for two nights and come back to Helsinki on Wednesday.

SHAVA – your favorite ‘Punjabi’ bhangra with Finnish lyrics and a suburb attitude.

ANANDITA BASU – one of the world’s foremost female sufi qawwali singers finally brings her powerful voice to the Far North.

QAWWALI BROS – an explosive experience in legend Nusrah Fateh Ali Khan’s footsteps, culminating in MAHAQAWWALI with all the evening’s performers!

Tickets from Savoy, STOA or online at Lippupalvelu.

The concert is organized by the Gondhari musicians collective together with their artist friends, in collaboration with ’25 years of Sahaja Yoga in Finland’.

Can’t wait? Have a listen now at:

See you all there! 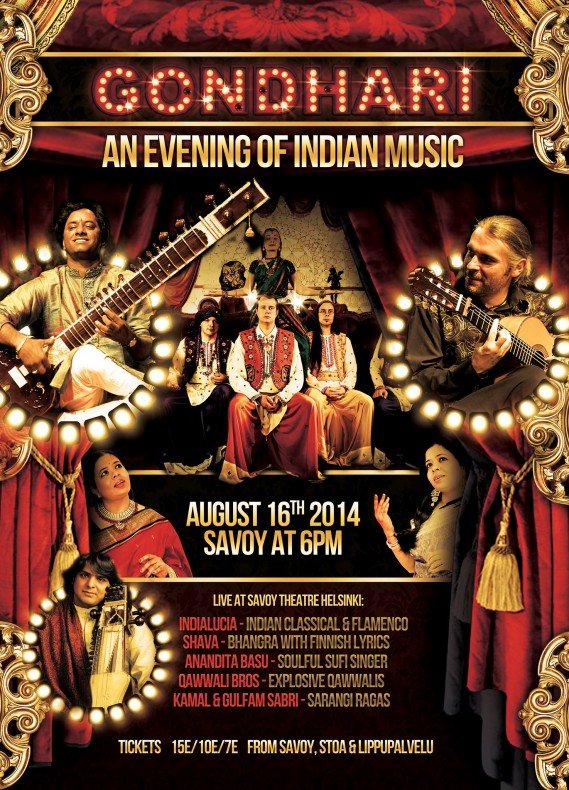