Shakespeare’s Women by the Theatre of Eternal Values 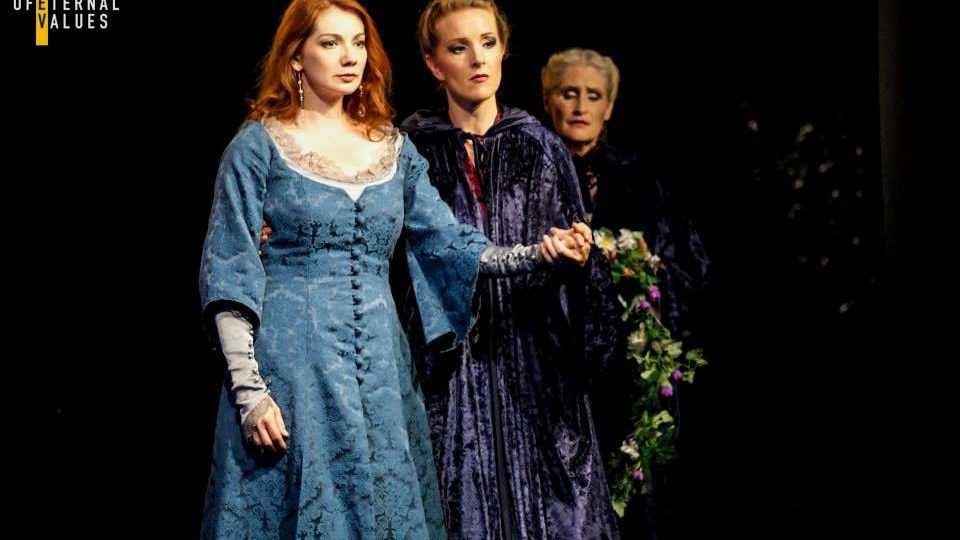 There are many international theatre troupes on the planet, but only one that has been founded by Shri Mataji Nirmala Devi and that is the Theatre of Eternal Values (TEV). Since its establishment in 1996, TEV has performed all over the world with original productions that express universal, spiritual and cultural values, knowing that the power of theatrical performance can heighten self-awareness and inspire positive change.

In July, the new production, “Shakespeare’s Women” had a sold out premiere at the Roma Fringe Festival in Italy with rave reviews. The powerful play takes the audience on a journey through the eyes of some of the most incisive female characters in Shakespeare’s works. Having been conjured up on the banks of the Thames, Shakespeare’s spirit is forced by the characters themselves to rethink the way he has portrayed the feminine aspect in his plays. He speaks of his women and their dramas – their stories that are still so relevant to the women of today – and they express themselves, confiding in us and each other, in search of an understanding of their role and identity.

If you are interested in seeing the show live, you can travel to Slovakia and Austria this November. But hurry because some of the performances are almost sold out.

To ensure the future blossoming of the company and the production of many more amazing plays, TEV needs your help. And this is how you can do it:

Become A Sponsor
With only 7 € per month you can make a difference. Go to the Theatre of Eternal Values website and check out the options.

Find Us A Place To Perform
If you have contacts in schools, theatres, festivals or other venues send a mail to:
info@theatreofeternalvalues.com

Help To Promote
Support our marketing team with contributions for our social media, fundraising and other campaigns. Simply like us on Facebook and stay in touch with us.

“Using a richly varied language that mixes Shakespearian verse with everyday dialogue, these heroines shed their dusty characters to put on the clothing of the woman in the street…And to rewrite, if not the past, then at least the future of a society that is obliged to recognise the central role that women play in life as in art.”
– Cinespresso

“The Theatre of Eternal Values theatre company puts Shakespeare’s heroines on the stage, mixing the classic verses with modern-day language to rewrite the fatal destiny to which women of every era are condemned. The distinctive feature of this play… is the intermittent insertion of comments into the author’s dramaturgy. Ironic, reflective and insistent, they call attention to the motives that drove him to paint such weak, lonely, mad, cruel and easily subjugated women… In the process, the individuality of each Shakespearian character achieves a homogeneous harmony, the voice of the female gender across every age and space.”
– Stefania D’Orazio, Ghigliottina.it 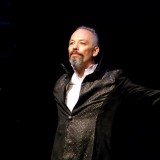 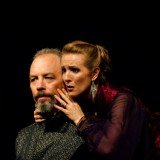 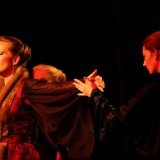 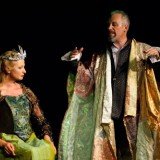 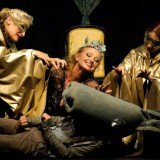 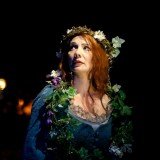 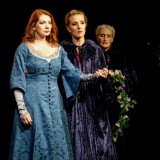 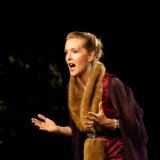 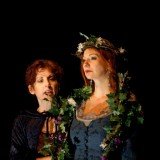 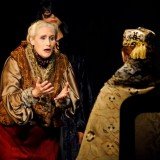 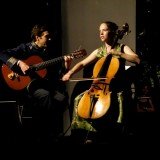 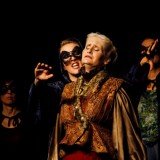 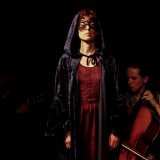