What is Sahaja Yoga Meditation?

Sahaja Yoga Meditation is meant for everyone who desires to find his or her true self, which is full of peace, joy of life and love for others. It is not just a book or a set of exercises but a living science that will open up to you gradually as your meditations become deeper and your experience stronger and more fulfilling.

It involves the awakening of a subtle spiritual energy known as the Kundalini which lies dormant in the sacrum bone, rolled up in a spiral of three-and-a-half coils. The gentle awakening of this Kundalini energy and the inner journey of self discovery is known as Self-realization.

Sahaja Yoga Meditation was developed by Shri Mataji Nirmala Devi, known affectionately as Shri Mataji or Mother, is the first spiritual teacher in the history to give large-scale Self-realization as described by many great saints and prophets of the past. Today, millions of people all over the world have experienced their spiritual ascent, described and predicted by these great prophets, thanks to Shri Mataji. Her physical presence has been seen to be the catalyst for the en-masse awakening of the Kundalini. Even more remarkably, merely holding one’s hands, palms upwards, towards a photograph of Shri Mataji is enough to grant Self-realization, as long as there is the desire to receive it.

Who can practice Sahaja Yoga Meditation?

Everyone can. There is no restriction of caste, creed, religion, nationality, age, or gender.

How much will Sahaja Yoga Meditation cost me?

Sahaja Yoga Meditation is always free of charge. We cannot pay for a living and spontaneous experience, just as we cannot get a seed to sprout by paying Mother Earth. On the other hand, we consider it our privilege to create this Internet site and we are willing to pay for doing so, just for the pleasure of sharing with you what has become of our lives since we received our Enlightenment (Self-realization).

Is Sahaja Yoga Meditation difficult to practice? What are its effects?

Sitting quietly, doing nothing, stilling the mind and calming the body, has never been the western way. For centuries, Meditation and Yoga (Union) have been regarded by Europeans as an esoteric, Oriental practice of little practical benefit.

But over the last two decades, the increasing speed and pressures of modern living have been matched by an increasing need for ways co cope with them. Medical science is now proving what a growing number of people in the West have discovered for themselves: that the relaxation of true meditation has measurable beneficial effects on all levels of our being, with no damaging side effects.

In the Yoga of true meditation, one develops a conscious awareness of the subtle energy that exists within us all, and a spontaneous connection with the inner mechanism by which it is governed. This integration cannot be forced through exercises, chanting or mantras. It happens as a natural awakening, in just the same way that our body grows and maintains itself, without any conscious effort on our part.

The last few years have seen the evolution of a process whereby this inner integration can take place in ordinary people everywhere, irrespective of age, occupation, race, color and creed. It is not a theory or a concept that has to be worked at. Sahaja Yoga Meditation is a solid experience, an actual, physical reality verifiable in ones own nervous system, that leads on to spontaneous improvements in one’s well-being and relationship with the world. These include numerous incidents in overcoming alcohol and drug addiction, diseases (such as cancer), heart problems and other physical and mental disorders such as stress, depression and tension.

The word Sahaja means ‘in-born’, because the purifying and healing energy that is gently awakened lies waiting within every human being from birth.

From that moment one is able to start bringing balance into one’s life. As well as the benefits mentioned above, the simple meditation and techniques of Sahaja Yoga Meditation bring one onto the central path between such damaging opposites as: Too much lethargy or too much frantic activity – of too much emotion or lack of emotion – of living too much in the past, or thinking too much of the future. So one becomes a calm, joyful personality, confident and able to enjoy living in the now of the present.

Is there membership to Sahaja Yoga Meditation?

Do we have to change our lifestyle in Sahaja Yoga Meditation?

Shri Mataji: No, not the lifestyle, you see when you do what is needed for you, what is good for you , nobody has to change dresses or anything it’s nothing outside. But supposing you see now if I tell somebody now don’t wear such tight dresses, nobody would listen, because they will wear varicose veins and this all had happened. Then now they’re wearing very, very loose ones.

How does Sahaja Yoga Meditation benefit me?

It is our subtle system which co-ordinates all the work done by the organs and the cells in our body. When one of our subtle centres (chakras) is blocked, physical dysfunctions appear in the organs it controls. It is then that most illnesses appear. Traditional medicine tries to cure the symptoms. Sahaja Yoga Meditation allows us to attack the causes directly, by rebalancing our subtle system and by cleaning our centres. Thus, even so-called incurable illnesses can be cured in a spontaneous manner by the purifying work of the energy of the Kundalini.

When we enter a state of meditation, we enter a realm of silence ; the thoughts which assail us fade away, and the reality of the present is revealed to us in all its intensity. Our senses send us a direct image of the world which is not altered by our mind or our conditionings. The mind even becomes the enlightened servant of our illuminated spirit.

Last but not least, Sahaj Yoga Meditation reveals to us the eternal, divine being that is truth, awareness and bliss. We become part and parcel of the whole,like a drop in that ocean of Love,and in meditation we melt into that Primordial being. This experience is the next stage in the evolution of an ordinary human being’s awareness: that person is said to be born again or realized. This means that our spiritual essence, that had been hidden until then, becomes reality. We can now set about purifying our inner being, with the help of the self-knowledge that Shri Mataji gives us .Our union with the Divine will become stronger and stronger as we go along and that is without doubt the most precious benefit that Kundalini awakening can bring us. This Middle Way that is established within us day after day by our kundalini will shower blessings of all sorts upon us, not only of a physical, emotional or psychological nature, but also material, social and professional benefits.

There are immediate benefits in stress relief and a feeling of peace and contentment. Physically, it helps in prevention and cure of illnesses which are otherwise difficult to cure. mentally and emotionally. it helps one to attain balance, and spiritually one can attain the highest level of enlightenment. Practitioners of Sahaja Yoga have easily given up smoking, drinking and drugs, and lead a very normal, balanced and moral life.

How is Sahaja Yoga Meditation different from other types of meditations?

Sahaja Yoga Meditation is different from the other types of meditation because it begins with Enlightenment (Self-realization) instead of this being the unobtainable dream of a distant goal.

Traditionally, a guru used to have only a handful of disciples and look after their growth for a lifetime, guiding their inner cleansing day by day. Few souls were able to achieve Self-realization after many years of passing through various stages (yama, niyama, breathing techniques, postures, etc.). For those few souls, it was like trying to cleanse a completely obscure room without having any light.

In these modern times – that Shri Mataji calls as the blossom times because of the state achieved by human consciousness collectively – she has devised a method by which this happening (Self-realization) is achieved spontaneously (Sahaja), without any effort. A little light is then lit within us (a new dimension becomes available to our awareness) and through Sahaja Yoga Meditation we can then grow much faster, without having to go through any penances, while living normal lives amidst our own families and societies.

This is because, in the light of the new awareness, we become our own gurus, our own guides. After Self-realization, we are able to feel a gentle cool breeze flowing above the head and also from the center of our palms. We can feel on our fingertips any blockages in our energetic centers and are able to clear them using this energy which has been awakened in us (Kundalini). Moreover, we become collectively conscious, i.e. we can feel others’ centers and cure them as well. The fact that we are all part and parcel of the Whole becomes a tangible reality in our day to day life.

Becoming one with the pure spirit in us is the ultimate goal of human life described in various terms in all religions and spiritual traditions of the world. Self-realization is the first step: once this connection is initially established, it needs to be nourished with our attention and regular meditation, enabling us to find out why we are here and to ultimately fulfill the destiny of our life. 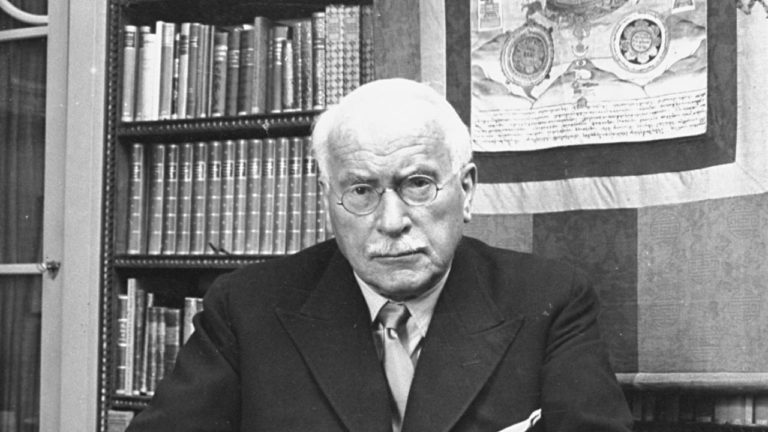 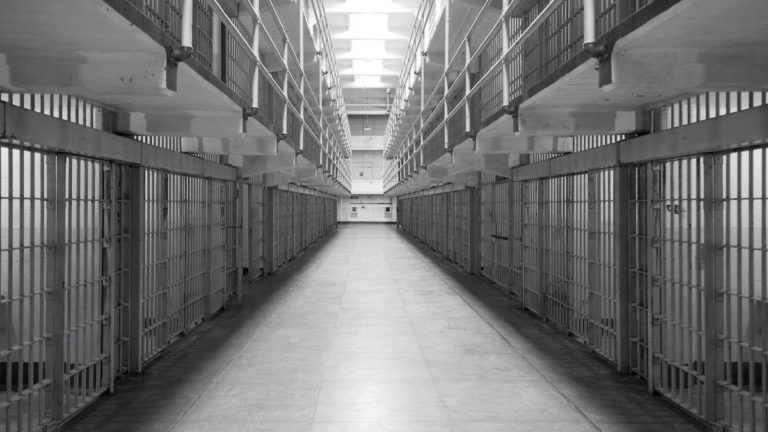 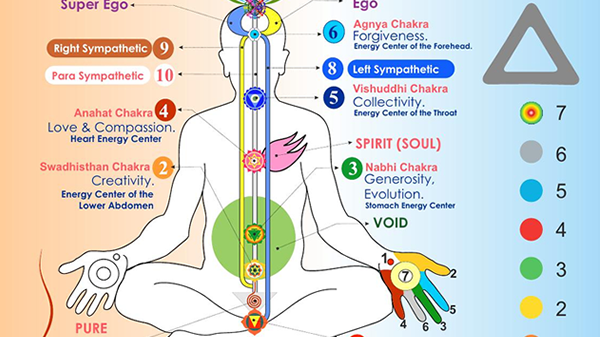 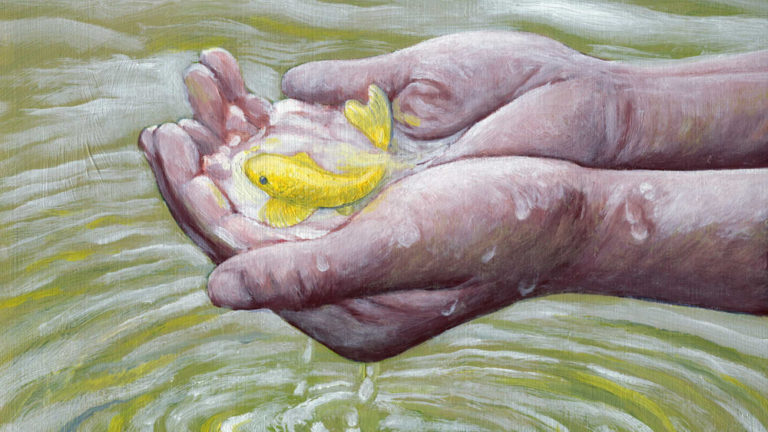 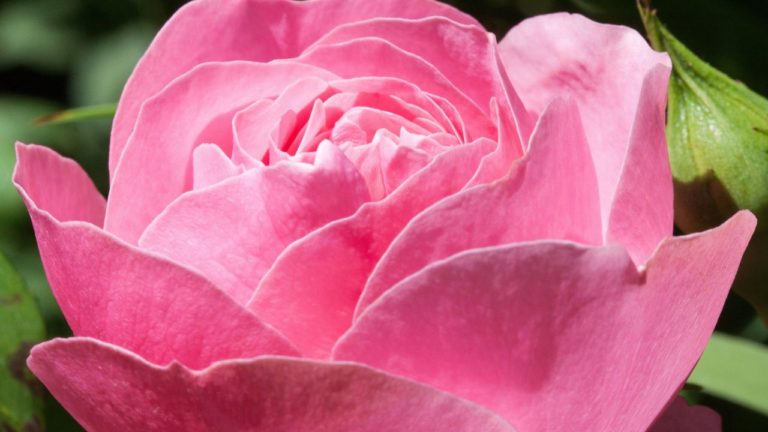 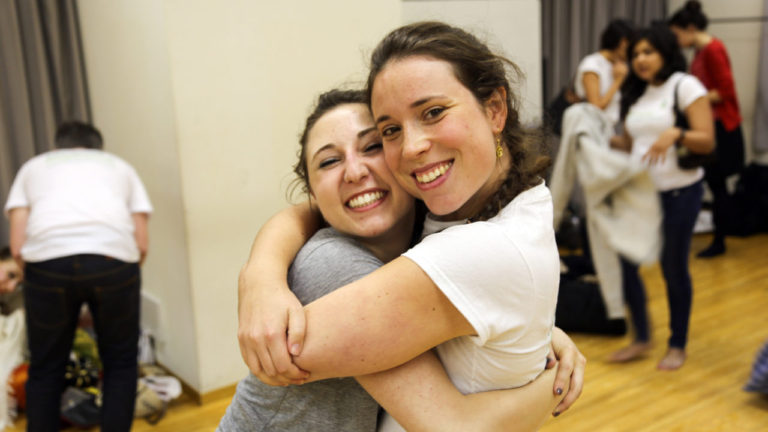 Meditation: A Natural and Spiritual Path to a Healthy Life 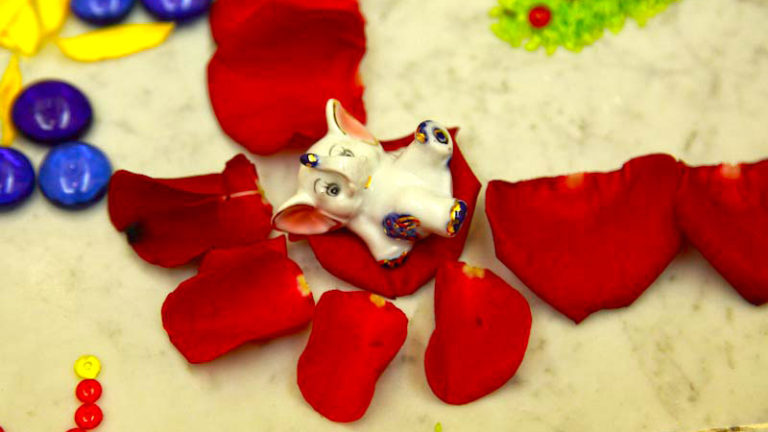 Joy is the Blessing of the Divine 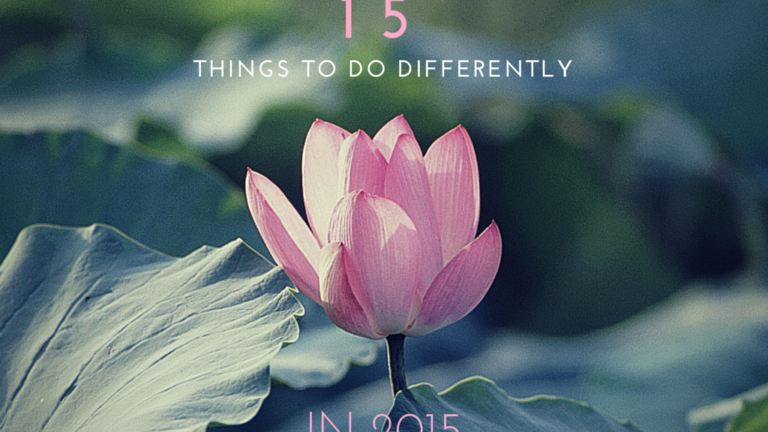