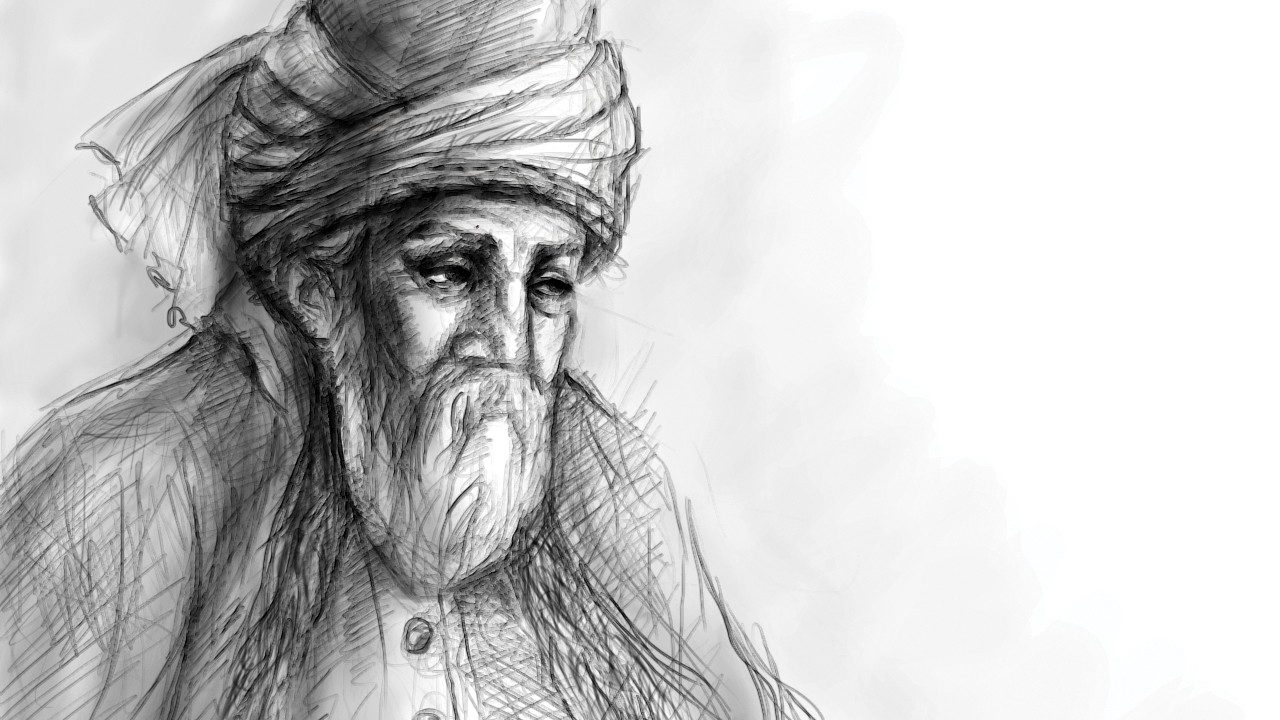 “When you do things from your soul you feel a river moving in you, a joy.”

Mawlana Jalal ad-Din Muhammad Balkhi, also known as Jalal ad-Din Muhammad Rumi, but known to the English-speaking world simply as Rumi, (30 September 1207 – 17 December 1273), was a 13th-century Persian poet, Islamic jurist, and theologian. Rumi is a descriptive name meaning “the Roman” since he lived most of his life in an area called Rum because it was once ruled by the Byzantine Empire. (2)

According to tradition, Rumi was born in Balkh, in contemporary Afghanistan, which at that time was part of the Persian Empire. The hometown of his father’s family; however, some Rumi scholars believe that he was born in Wakhsh, a small town located at the river Wakhsh in what is now Tajikistan. Wakhsh belonged to the larger province of Balkh, and in the year Rumi was born, his father was an appointed scholar there. Both these cities were at the time included in the Greater Persian cultural sphere of Khorasan, the easternmost province of historical Persia, and were part of the Khwarezmian Empire. (2)

His birthplace and native language both indicate a Persian heritage. Due to quarrels between different dynasties in Khorasan, opposition to the Khwarizmid Shahs who were considered devious by Baha ud-Din Walad (Rumi’s father) or fear of the impending Mongol cataclysm, his father decided to migrate westwards. Rumi’s family traveled west, first performing the Hajj and eventually settling in the Anatolian city Konya (capital of the Seljuk Sultanate of Rum, now located in Turkey), where he lived most of his life, composed one of the crowning glories of Persian literature and profoundly affected the culture of the area. (2) 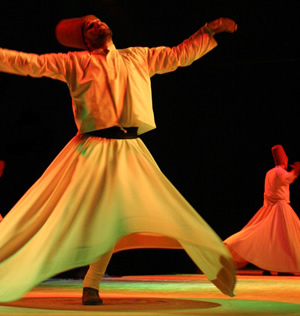 He lived most of his life under the Sultanate of Rum, where he produced his works and died in 1273 CE. He was buried in Konya and his shrine became a place of pilgrimage. Following his death, his followers and his son Sultan Walad founded the Mawlawiyah Sufi Order, also known as the Order of the Whirling Dervishes, famous for its Sufi dance known as the sama ceremony. (2)

In common with other Sufi masters, the essence of Rumi’s teaching is the primacy of Divine Love and the idea of Tawheed (unity). Rumi believed that all religions are basically one. The seeker longs to be reunited with the Beloved (the primal root) from which he has been cut off. The Sufi concept of spontaneous union with God is similar to the yoga tradition of India, and Christian mysticism. (1)

Rumi’s works are written in the New Persian language. A Persian literary renaissance (in the 8th/9th century) started in regions of Sistan, Khorasan and Transoxiana and by the 10th/11th century, it overtook Arabic as the literary and cultural language in the Persian Islamic world. Although Rumi’s works were written in Persian, Rumi’s importance is considered to transcend national and ethnic borders. His original works are widely read in their original language across the Persian-speaking world. Translations of his works are very popular in South Asian, Turkic, Arab, and Western countries. His poetry has influenced Persian literature as well as the literature of the Urdu, Bengali, Arabic and Turkish languages. His poems have been widely translated into many of the world’s languages and transposed into various formats; BBC News has described him as the “most popular poet in America”. (2)

Come, come, whoever you are…
Come and come yet again…
Come even if you have broken your wovs a thousand times
Wanderer, idolater, worshipper of fire…

Ours is not a caravan of despair,
This is the date of hope,
Come, come yet again, come

At last, its whole stock spent, its virtue gone,
Dark with pollution not its own, it speeds
Back to the Fountain of all purities;
Whence, freshly bathed, earthward it sweeps again,
Trailing a role of glory bright and pure.

This Water is the Spirit of the Saints.
Which ever sheds, until itself is beggared,
God’s balm on the sick soul; and then returns
To Him who made the purest light of Heaven.